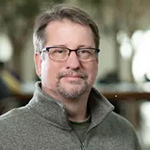 Marc Phillips has been writing about music and audio since 1998 when he started his original Vinyl Anachronist column for Perfect Sound Forever, an underground music magazine. Since then he has contributed over 260 column entries on enjoying LPs and turntables and other related topics.

Since then he has written for such publications as Ultimate Audio, AudioEnz, TONEAudio, Positive Feedback Online and here at Part-Time Audiophile, among others. For the last several years he has written both The Smoking Jacket and The Deep End columns for Part-Time Audiophile. From 2011 to 2018 he partnered with Colleen Cardas at Colleen Cardas Imports, where he imported and distributed 10 brands of high-end audio from Italy, Australia, the UK, and New Zealand.

He lives just outside of Portland, Oregon, with Colleen and a precocious Toy Schnauzer named Lucy who is one of the leading canine experts on high-end audio in the United States.